A solo show which merges humour, live music, circus, cutting edge technology and audience interaction. The artist controls practically everything outside and inside the stage through digital accesories and with wearable computers. 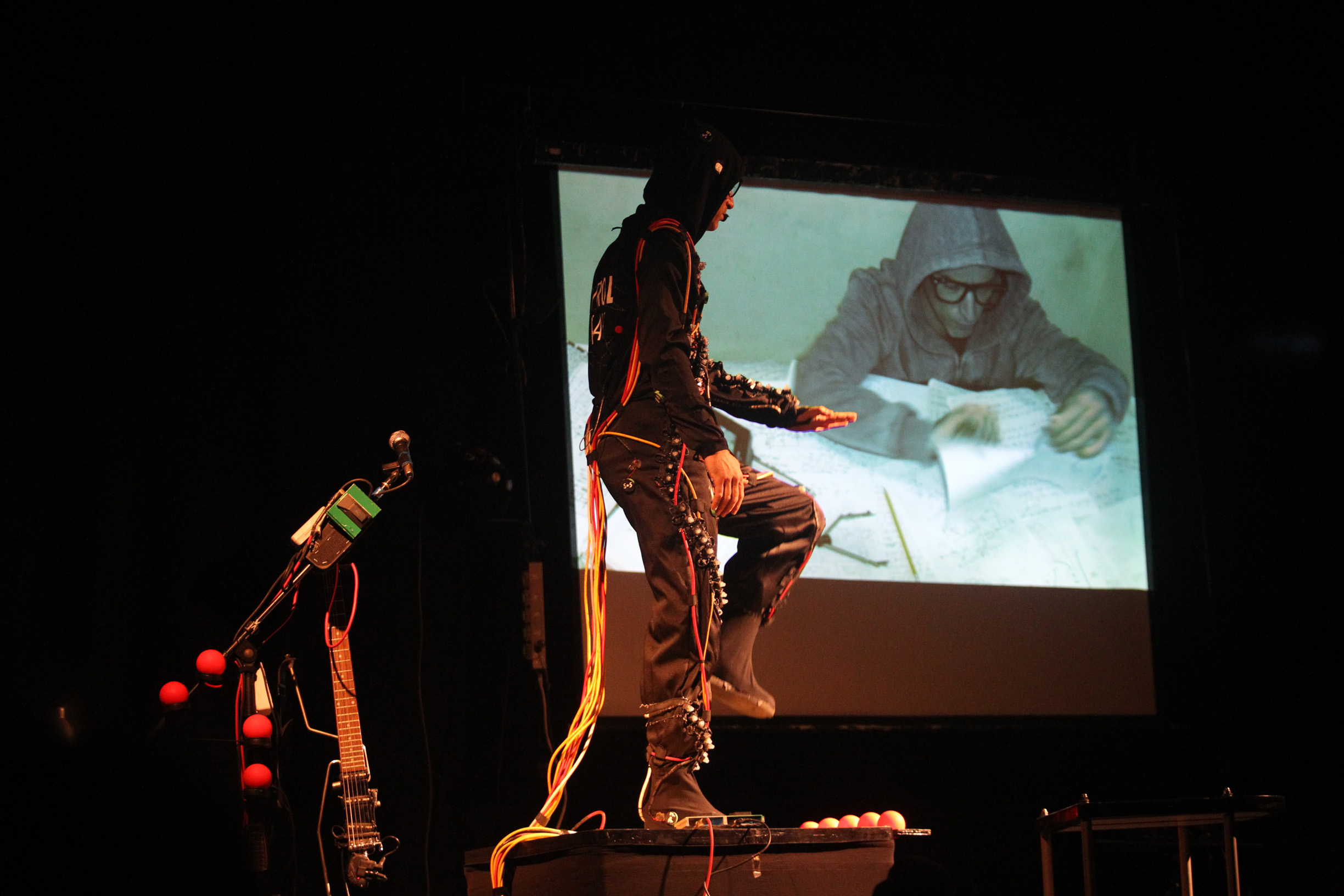 We hear applause, we are in the dark, and the light fades in slowly. She enters. She is passing back and forth between these two facets and emotion of her personality until, she arrives in front of the microphone and the music starts… 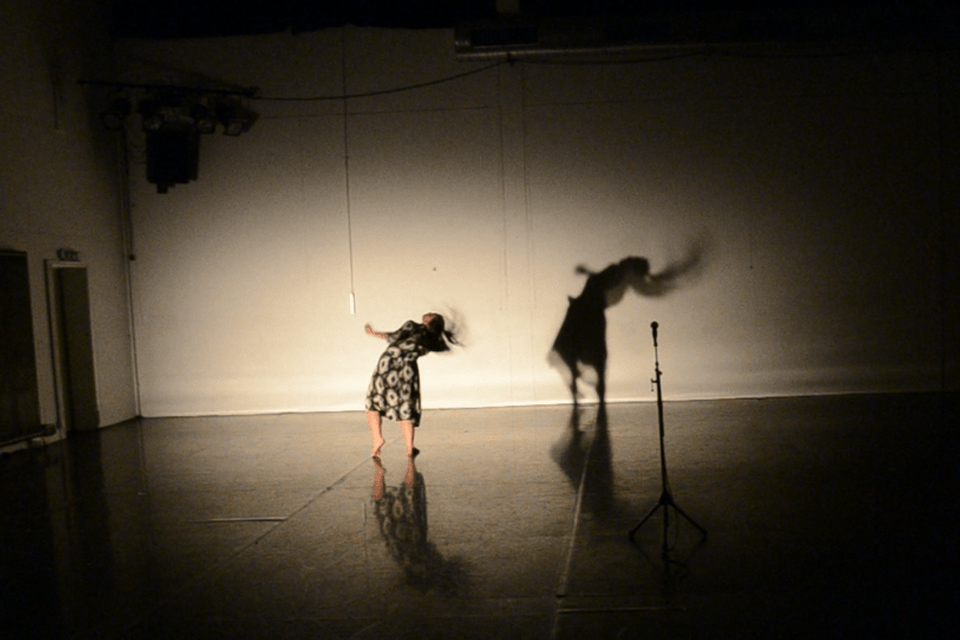 The work started from the story about the effects of associationism introduced in Roxane Gay’s Book, Bad Feminist. Roxane tells about the limitation of ‘Trigger warning’, and insists that people who experience traumas should cure themselves in order to overcome them. The work is based on it but focuses on the ‘relationships with others’, and ‘facing’ more. 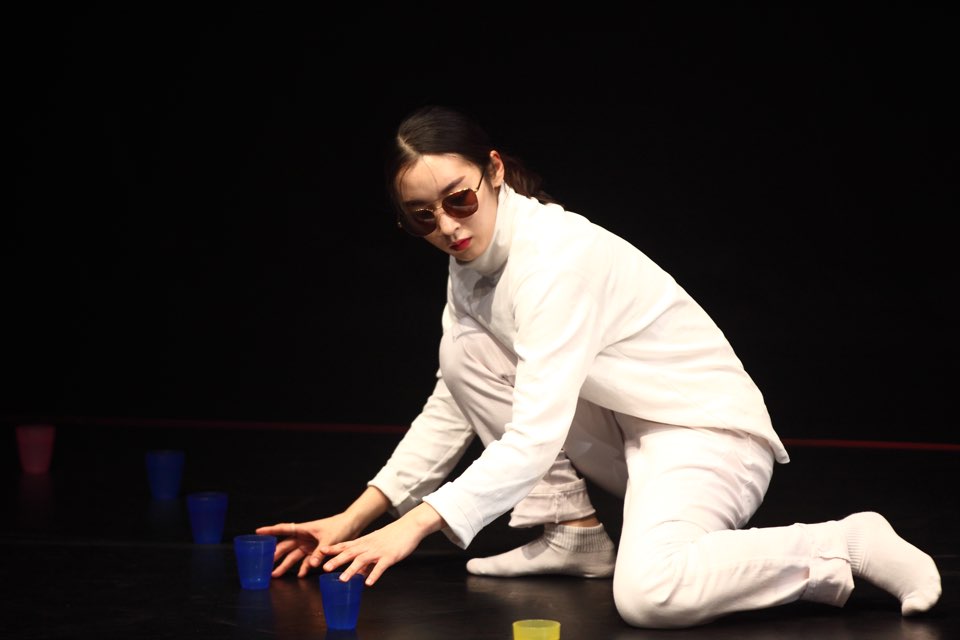 In Greek mythologie, Chronos is the prime God of time. In this act, he is not a divinity anymore, but a engineer, working at its own scale on a wheelwork. He oversees the proper functioning of time. 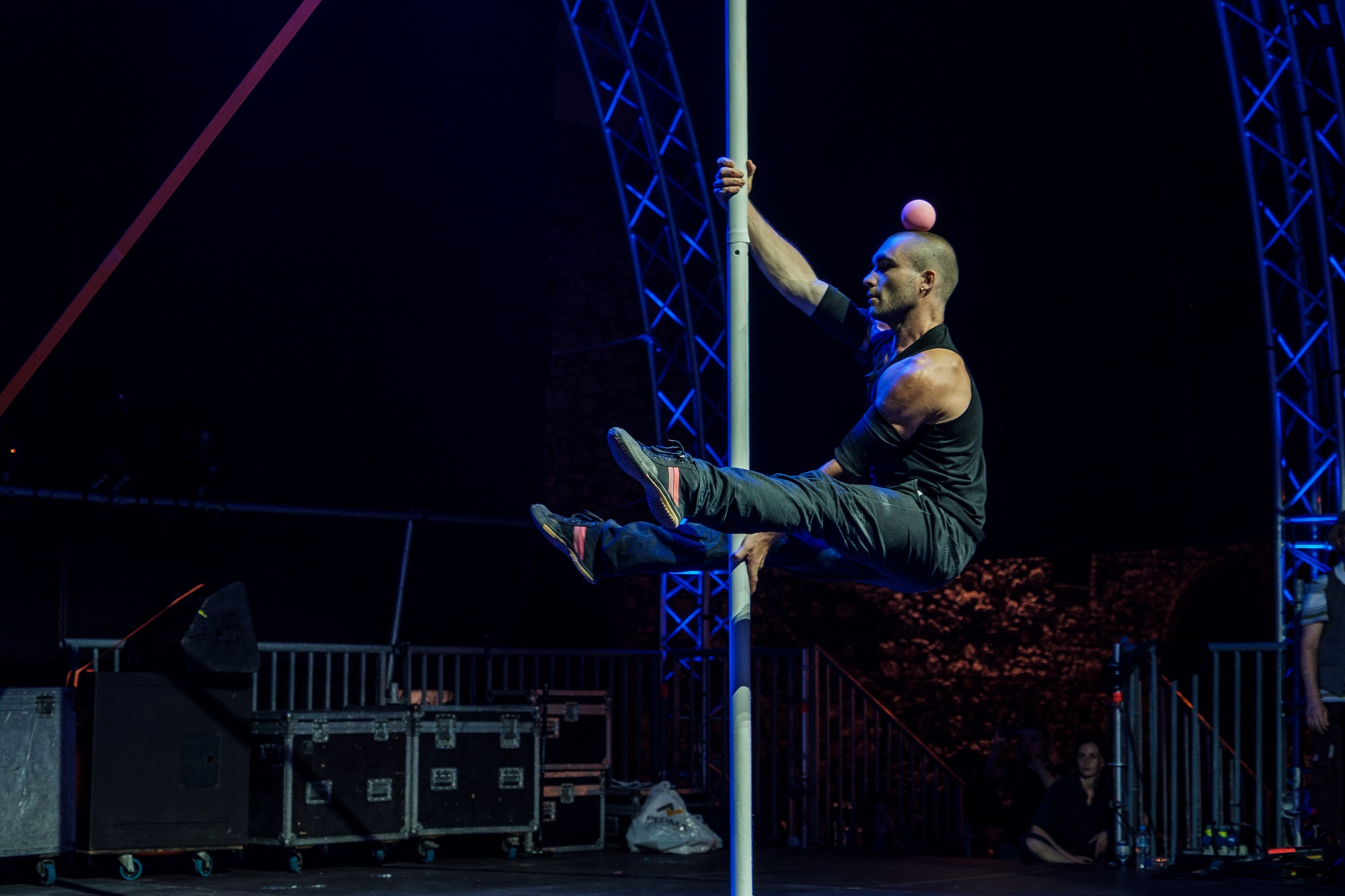 Sometimes a film, sometimes a performance and sometimes both. ‘The Dolphin Hotel’ visits the world of Haruki Murakami’s novel ‘Dance Dance Dance’. This show is a work-in-progress 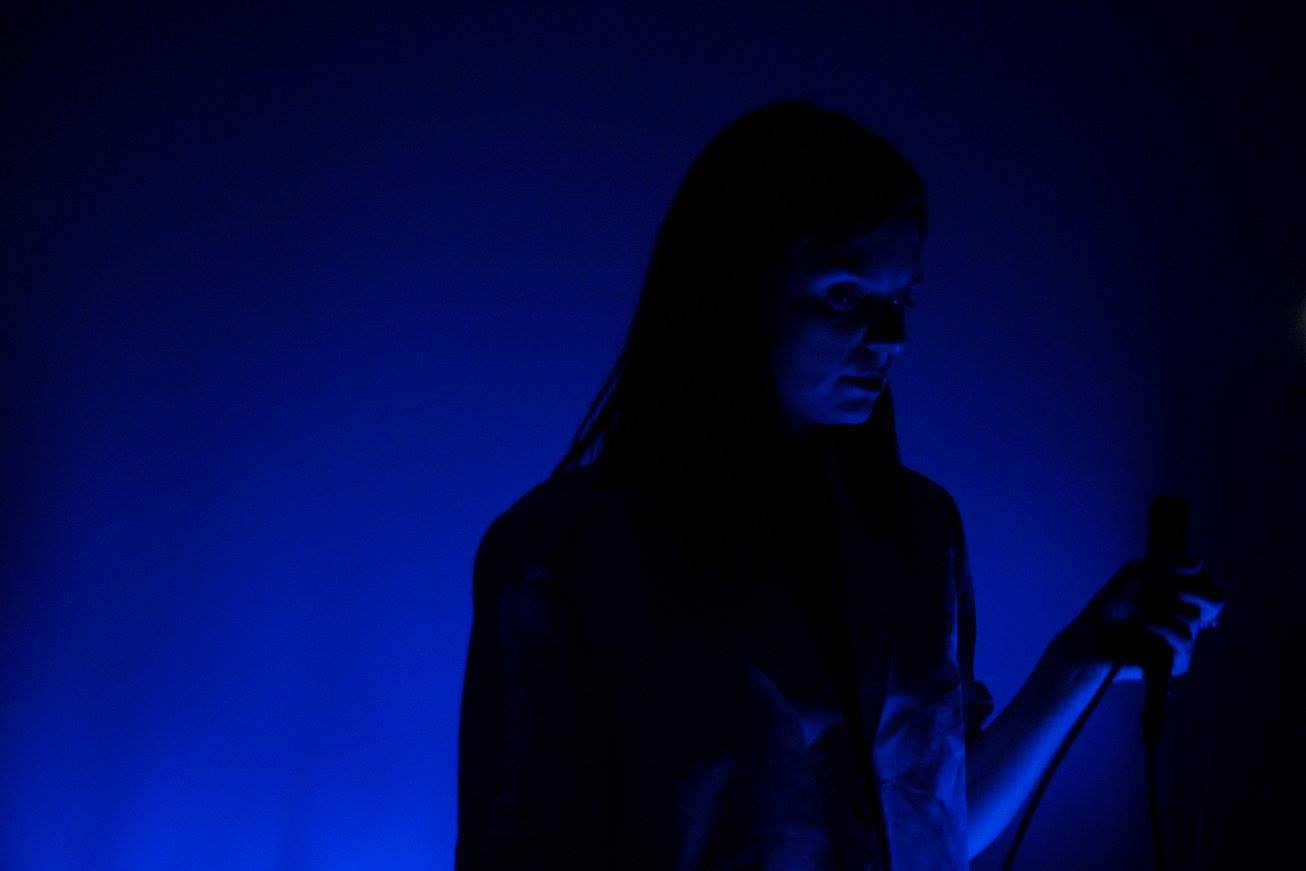 There was a time when I wanted to see hope when I was in despair, and after my resolution, my will followed. How long will you be living with such a big iron heart? Though the outlook is bleak, shouldn’t life be beautiful? We’re becoming dull ones who’ve lost their lives with low self-esteem. 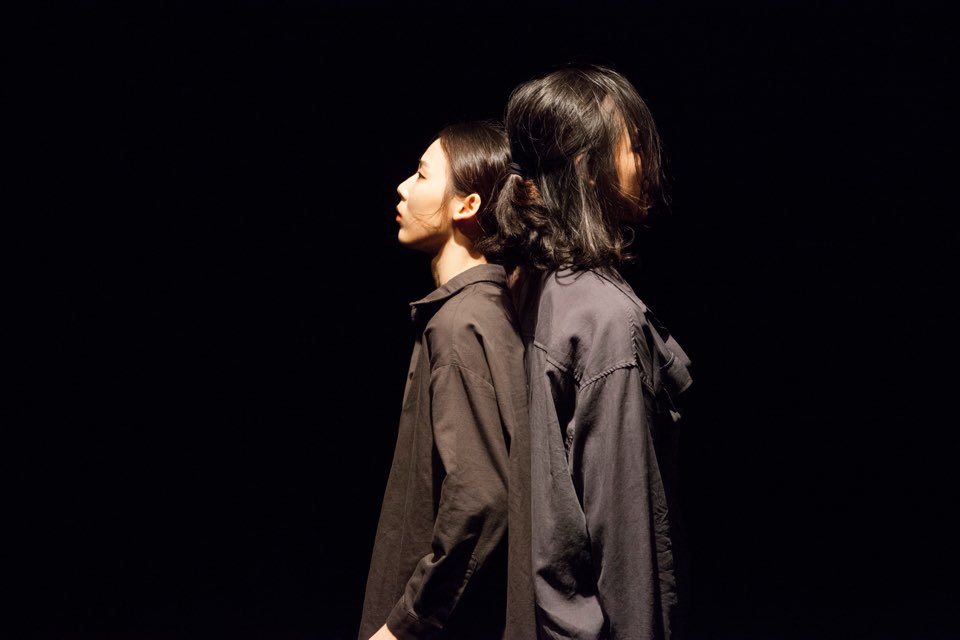 Two sisters from Santiago de Compostela and from an anarchist family, Maruxa and Coralia Fandiñom fall into social marginalitzation after receiving direct abuses of power by the Francoist oppression during the Spanish Civil War. This fact changes them forever and they become two charismatic, bizarre characters remembered throughout Santiago. 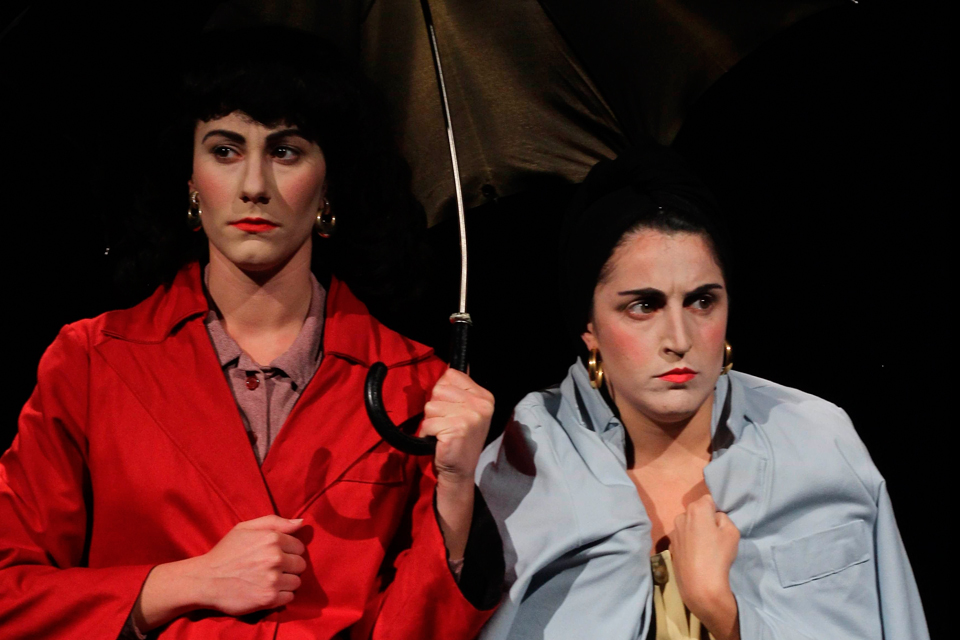 ‘Moon night’, the choreography, was created after decades of work with dancers and getting older himself. It was inspired by the music and the romantic poem with the same title. 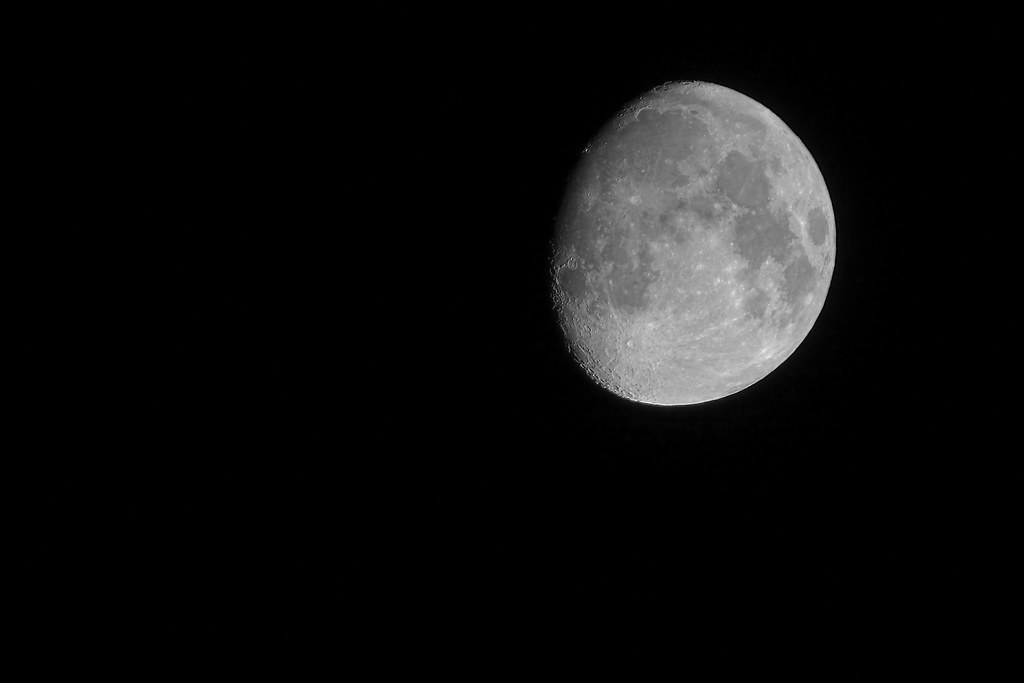 Co-Pulation is a choreographic trio for 2 dancers and 1 human-sized puppet. The piece deals with the desire of absolute and authenticity that leads or loses each person. Our body research uses different techniques of contemporary and aerial dance as well as objects manipulations on precise rhythms.

A man and a woman find themselves in a composition of images, becoming part of a story that remains to shift between reality and fiction. Surreal atmospheres arise in which the couple goes on the search for the identity of the other. The story becomes a journey through different times, showing the differences and similarities of human beings and talks about the essence of small and seemingly unimportant things in life. 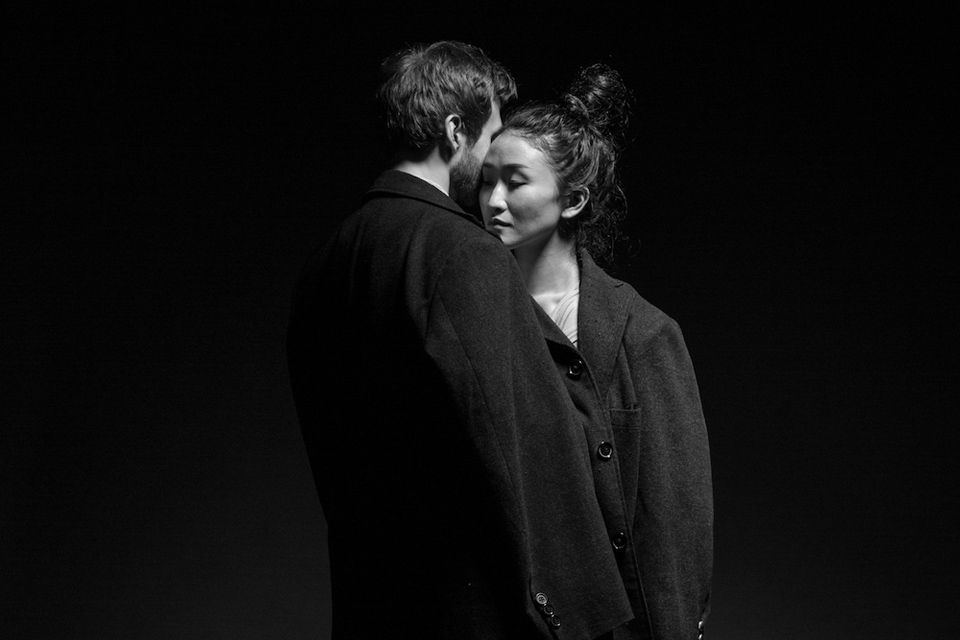 Yet another gaze: still cold, freezing, unmerciful on society. An irreverent, cynical study on the archetypes of human misery, the non-expressivity, the despicable cruelty of interpersonal relations. A black irony as a counterpoint to the paleness of the faces. 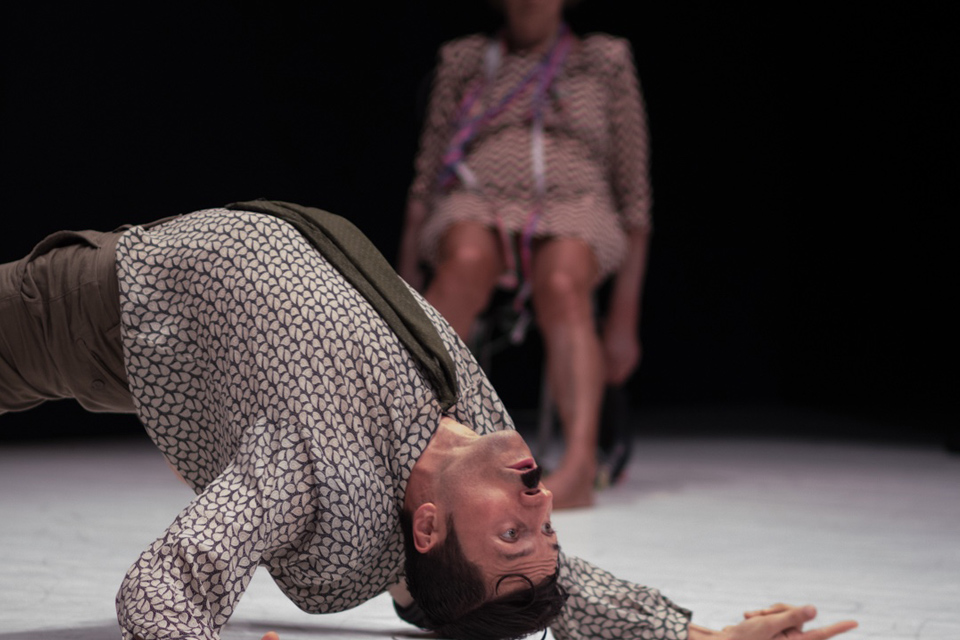 “Fatal, we are very bad” As a symphony of life we ​​present a work in small fragments, a beginning with the “I prefer not to think” as a motto, letting ourselves be carried away by the circumstances, a second part “cinnamon in branch” as an expression of power, to be masters of the now, and an indecisive ending, “Alerta 4”, with fear for not knowing if we are on the edge of the abyss. 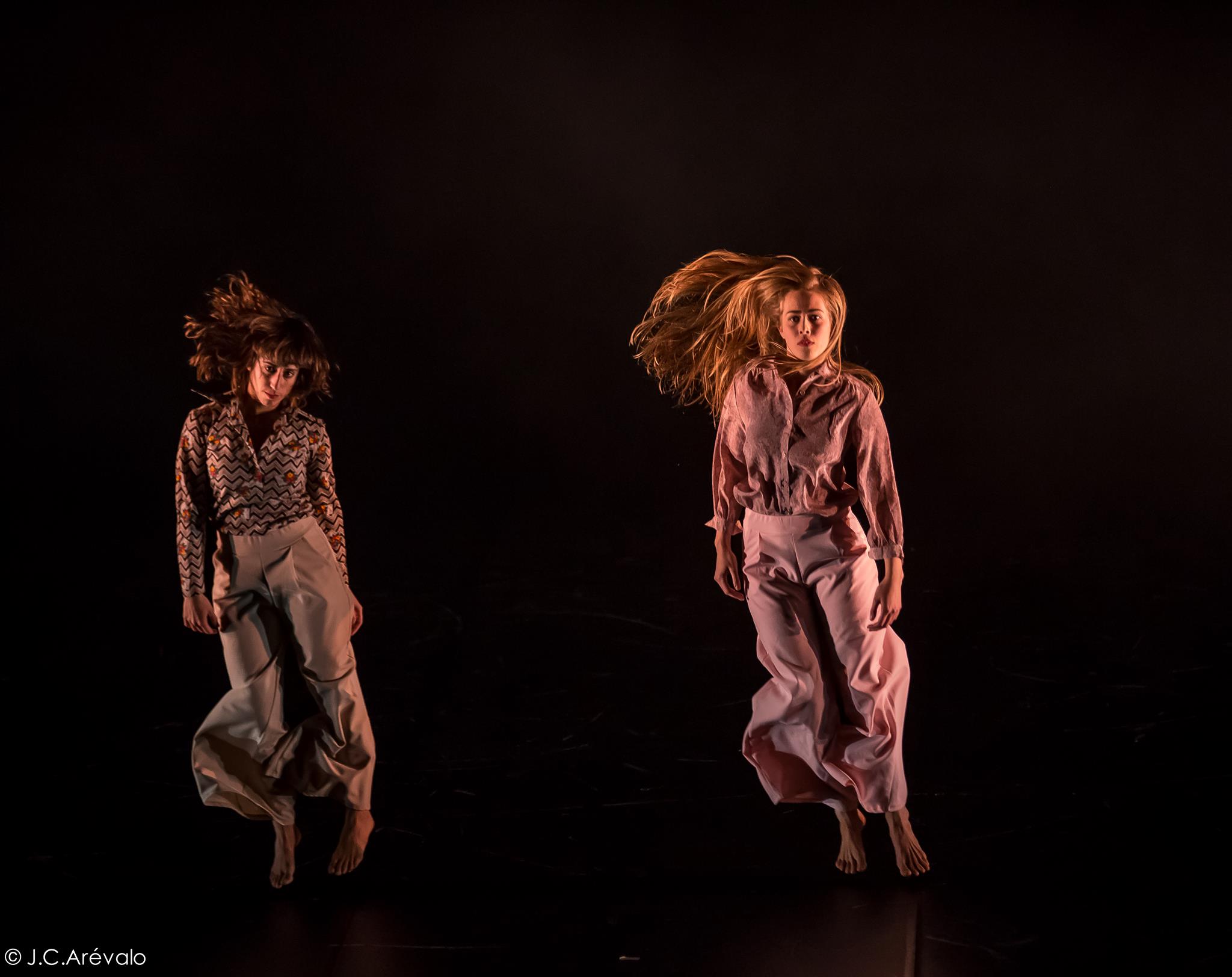 Free version of the Myth of Sisyphus by Albert Camus. Sisyphus has been punished by the gods to climb every day a mountain loaded with an intense and heavy rock that, when it reaches the top, falls irremediably, and so for all eternity… Through our personal experiences as creators, we approach the myth of Sisyphus. Modern sisifos that drag their rock day by day and start from scratch at every moment. 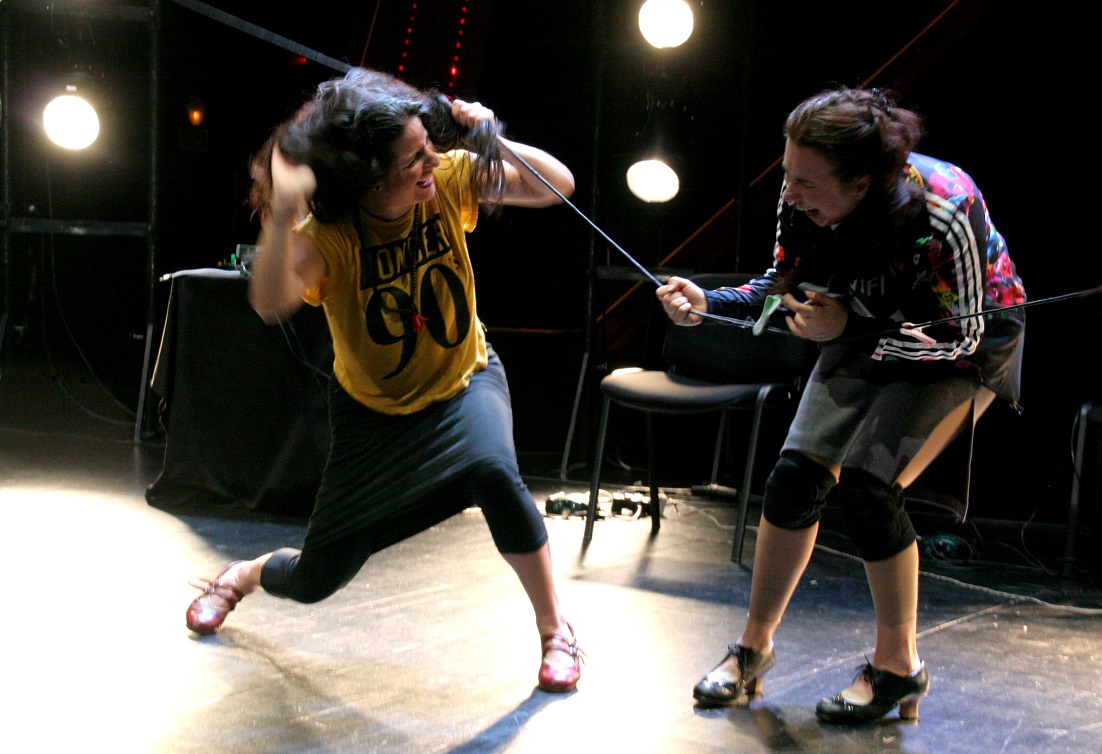 We live time in a lineal way and our lives are drawn in the world as a sucesión of paralel lines, but… where is that time? Where is that space? And… how many ways there are to call it? 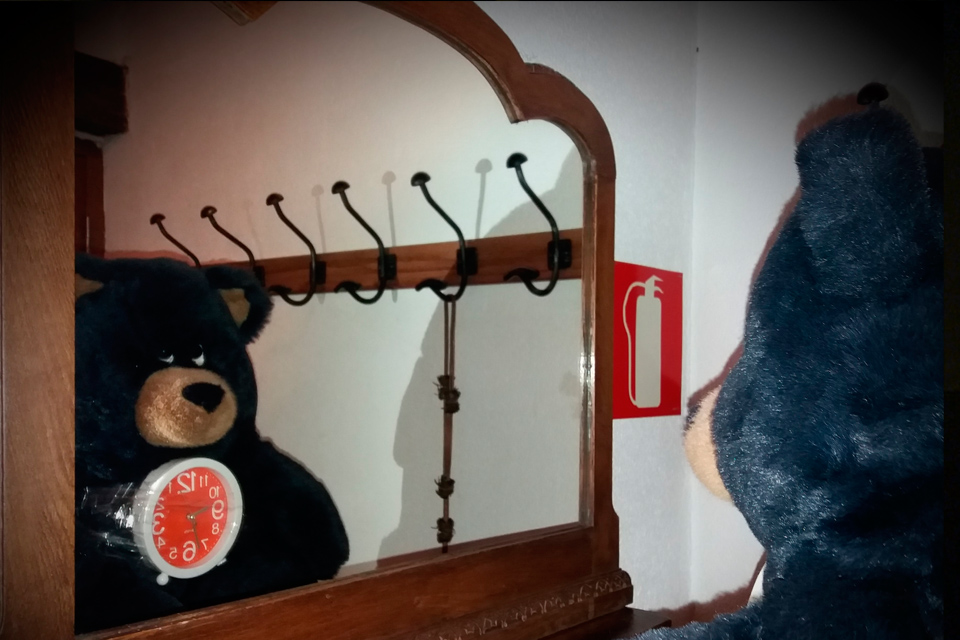 ‘A SOLO FOR A NERVOUS SYSTEM’

A space wherein an embodied practice explores the expressions of thought and misunderstanding through movement. An algorithmic choreography that accumulates series of neurological demands, instantaneously executed. The spectator witnesses a negotiation between the will to move and the restrictions that any form of physical freedom entails. 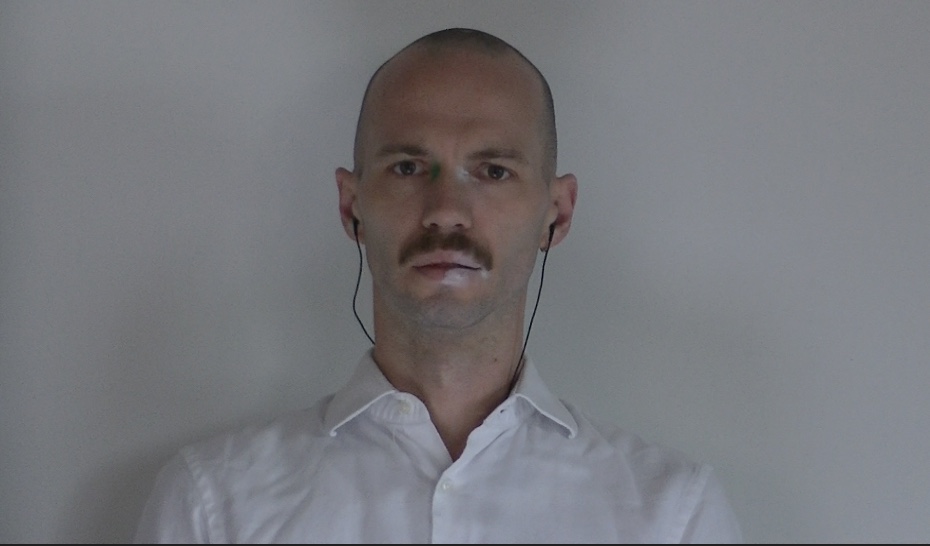 ‘Sonny’ is an attempt at an anthropological research of a specific phenomenon in a performative form. It is an amazed fascination with images and stories of sworn virgins or “virginas” from the remote parts of Montenegro, Albania, Kosovo and Metohija. 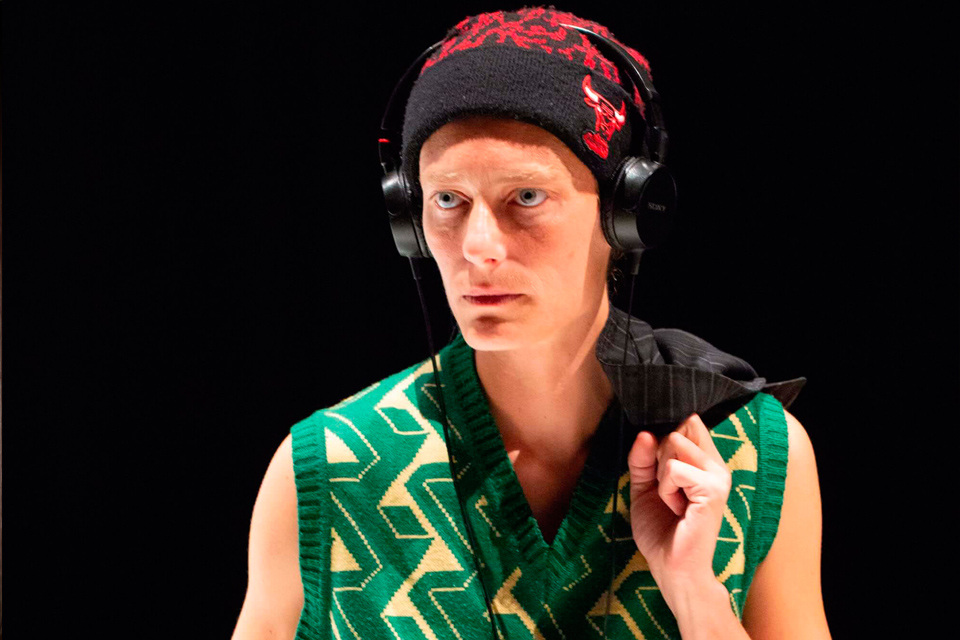 A visual expression of themes and feelings arising from the UK’s political landscape, created by three performers through technical juggling, sculpture, and movement choreography. Rhythmical and emotive circus, performed to an uplifting sound track by great British musicians. 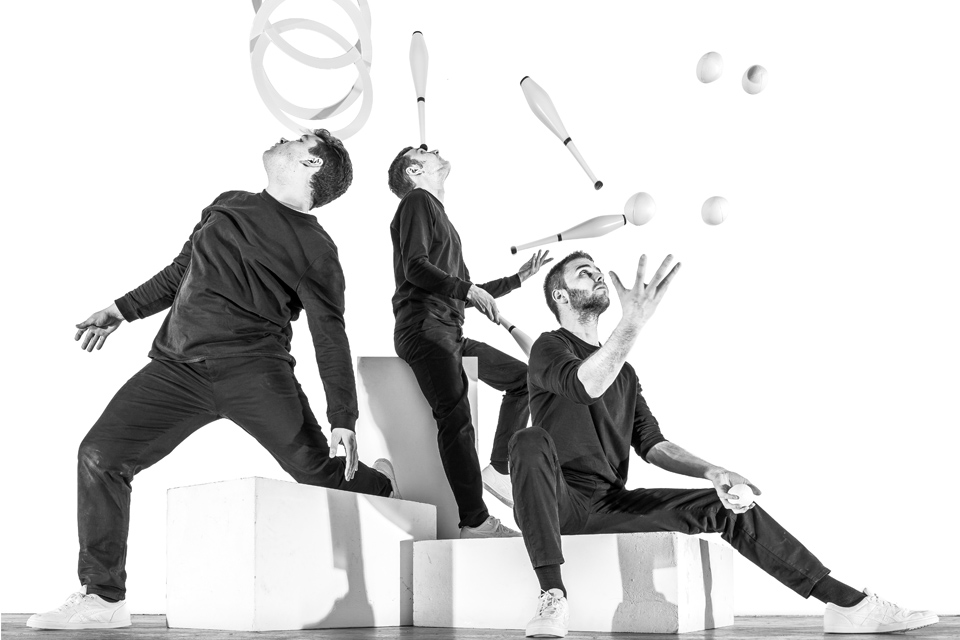 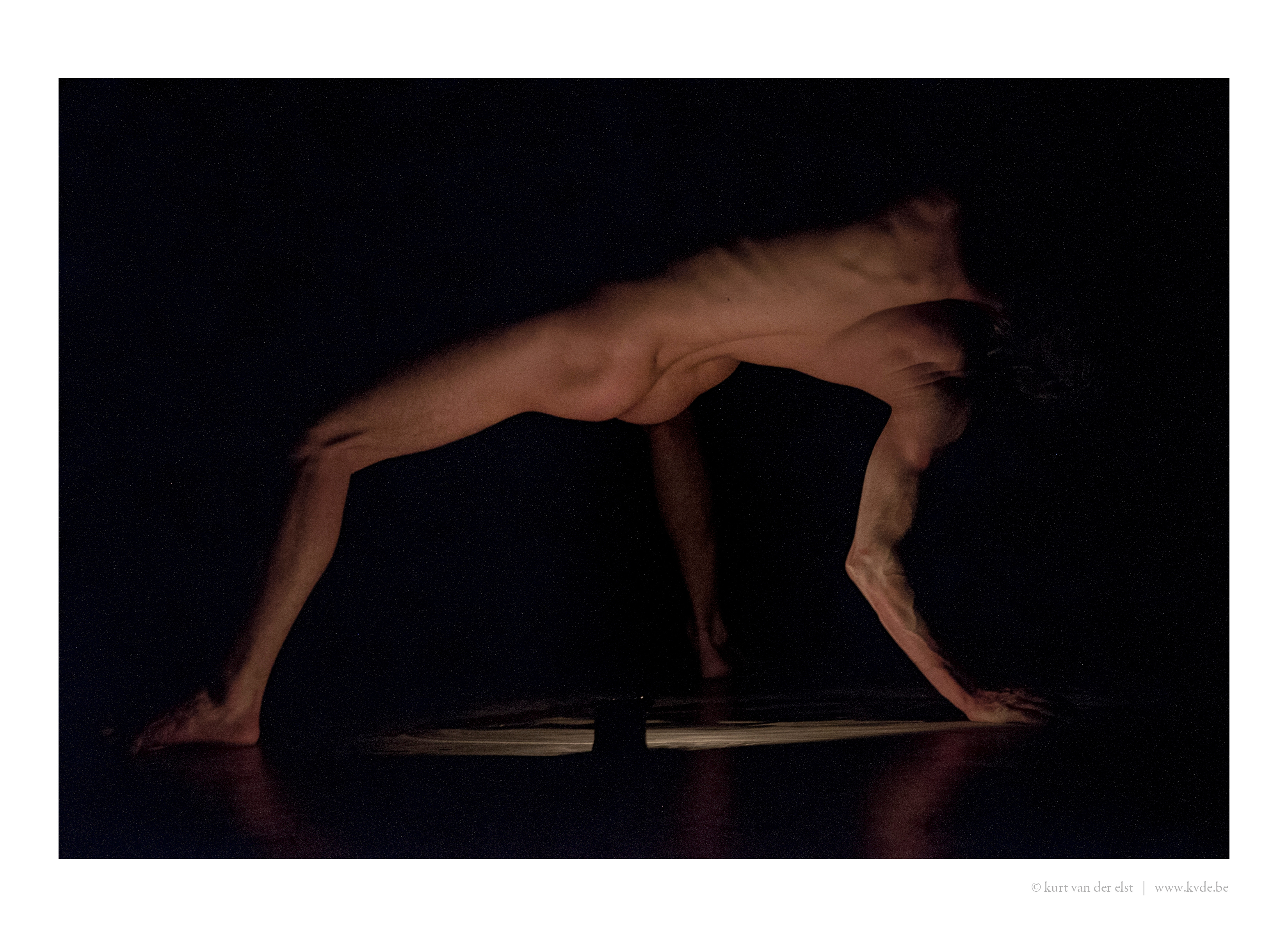 Two works of different gender and with a anaccurate defined social message. ‘Isla de Sirenas’ deals with the theme of romantic love and mistreatment in the couple from a dreamlike and dramatic approach. ‘Pic-Nic’ talks about the nonsense of war from the theater of the absurd, a comical approach with a powerful and deafening message. Two very different pieces interpreted by the same actors and with very current messages and rigorous treatments. 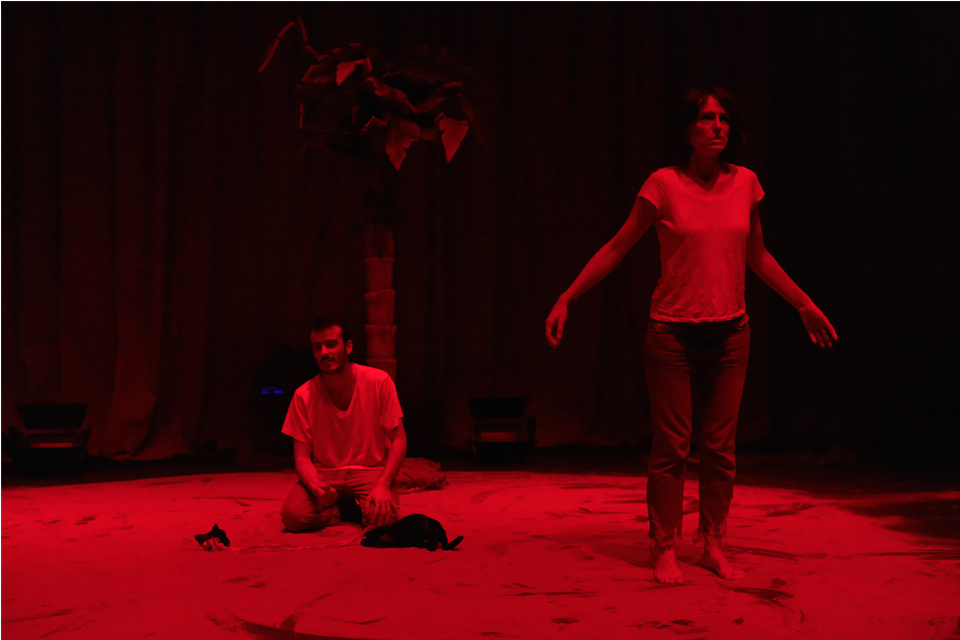 All is vanity. As one of the doctrine of Buddhism says, the all creatures in the universe change in every moment, so it does not stay in one state. But people think it is unchanging being, we need to get rid of that wrong idea. The piece ponders about oneself living now with the regrets of the past and the dreams for the future dividing time change into the past, the present, the future. 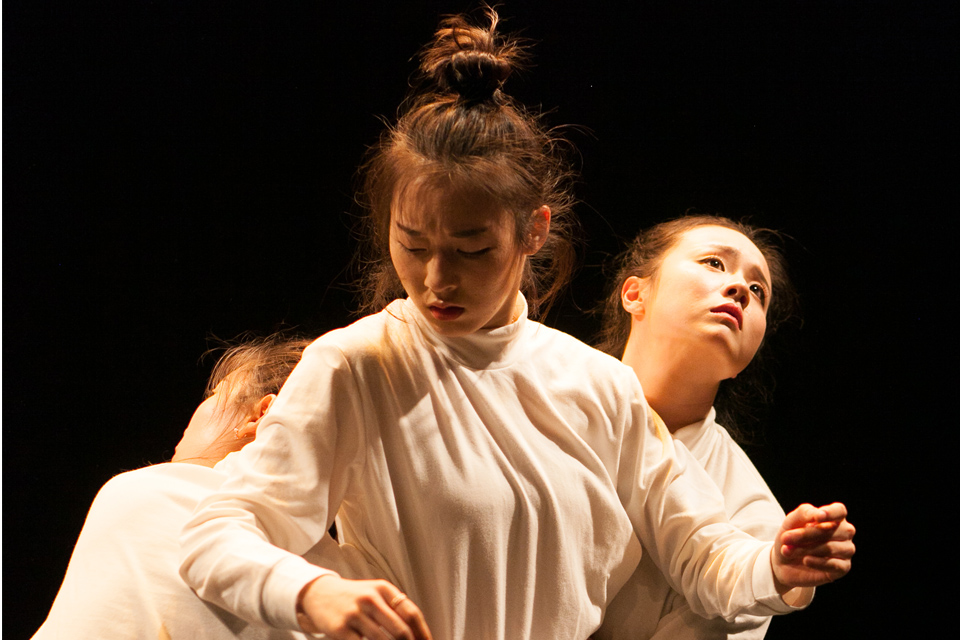