‘Légende’, by Frenchman Romain Beltrão Teule & Supercabras, and ‘Moore Bacon!’, by Belgian Boose Provoost & Kobe Chielens / pollen, were the two pieces selected by the ShiftKey project to participate in ACT Festival 2019. The session had place in the Auditorium of Guggenheim Bilbao Museum with more than a hundred attendees, in the TOPARTE program framework.

The ShiftKey project aims to boost companies that are at an intermediate stage of their career. For this, ACT Festival 2019 has also organized tutorials for participating companies with Steve Purcell, producer and professor of Leeds Beckett Unversity, and a course given by Sra. Polaroiska, ‘Camera and body’. ShiftKey, supported by Creative Europe, has been driven by the international network of festivals in which ACT Festival participates since its founding in 2003.

Sra. Polaroiska aims to work using the camera and the body in search of other ways to try and understand our surroundings; approaching a subject, hovering around it, and defining certain rules for the game. Creating a laboratory where letting things get out of control, where living on the margins, on the edge, where curiosity, desire and the possibility that everything can be different, can become reality. 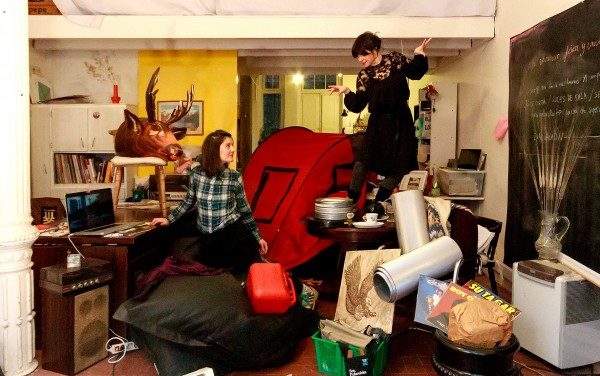